Home » Other » What to do when you feel like quitting

If you set out to make this year very different than your yesteryears, you’re not alone. I want to accomplish MORE than ever and become laser-focused on family. I have way more potential than I’ve used and want to really capitalize on what pursuing my dreams.

But doing BIG things is tough. It’s hard to break old habits, establish new ones, work when everyone is playing. And it’s much easier to just quit.  I mean, who cares if you don’t reach your goals right?

Do you really want to look back at the end of the year with a list of regrets? I doubt it. I know I don’t. Even if you don’t hit ALL your goals, you’ll be much prouder of what you did accomplish if you press onward.  Giving up is an easy road to travel, but gals with grit stick it out. Here’s how to handle the struggle to turn back when things get tough.

Evaluate the cost of quitting

Instead of thinking about the moment of unpleasantness, analyze the long-term consequence of quitting.

Blogging is laborious. Like really hard. I didn’t jump into this thinking it would be easy, but I certainly didn’t expect it to be this tough. Writing is one thing, but the details, the technology, the lingo, the SEO, social media, and on and on and on. There’s so much more to it than I ever imagined. It takes time, boatloads of planning and research, plus creativity to actually produce projects. Not to mention the fierce competition for eyeballs on my content. Ugh. It would be so much easier to call it a day. I’d instantly gain about 20 hours of week of time, not have to start working at 6 am every day and be able to spend all my free time working on my home projects.

But what’d I’d lose in the long term would cost me so much more. I’m in this to create a community of people I can truly help design a home and life they can be proud of. I’m in this for a creative way to share the projects I do to people who just want some inspiration and I’m in this to supplement my income. Over ten thousand people clicked over mydesignrules.com since I began. And trust me, that’ not a lot in blogland. BUT  that’s 10K lives I had the opportunity to touch.  Quitting would snatch the potential of hundreds of thousands of visitors away.

Whaaat? I’m not even allowed to think about quitting because now OTHER people are depending on me to succeed. There are people who had dormant dreams locked up in them and launched businesses based on my Accomplish More post. Umm if I quit will they? Prayerfully not, but I’m not going to give them the opportunity.

People are depending on you too. Your lack of movement will inevitably stunt someone else’s growth. That cost is greater than you could put a dollar sign on.

When things get tough, think about the long-term rather than the momentary battle of pain. Yes, you’ll have to make some hard trades right now, but down the road, was that Netflix binge really worth forgoing your dreams? Not at all.

Understand battles are fought to be won

Life. Is. Hard. But you know what? Champions are born in adversity. Without a fight, there’s no winner. There’s no victory for Rocky without an opponent. David doesn’t become a warrior until he faces Goliath. And you won’t be who you’re destined to become until you face the fight of your life AND WIN.

you won’t be who you’re destined to become until you face the fight of your life AND WIN.Tweet This!

There’ a song we sing in church that says “the hotter the battle, the sweeter the victory.” I love dancing and singing to this tune because I know I’m coming out on top if I don’t let up.

Battles will surely come, but prepare for them and make up in your mind that you are going to be like Rocky and stick it out even when you’re down. If you stick with it, you may just get that final round knock out.

If you’re ever going to accomplish BIG things, you are going to have to face your biggest opponent ever: SELF. We get in our own way. Play when we should be working, do when we should be planning, and speak when we should be listening. If you discipline yourself, everything else will be a small battle on the way to sweet victory.

Remember your why before quitting

When you dreamed up your lofty goals, there was an excitement and an underlying reason you wanted to level all those mountains. It was a new you, you had new priorities and this year was going to be different.

I want you to dig deep and really think about why.

Me? I want to spend intentional time with Lem and Jaylin because I value relationship. I need to lose 10 pounds because I want to buy furniture and vases instead of a new wardrobe.

I want to learn how to swim because it’s boring at the shallow end of the pool when my family is in the deep end. I want to push my business to the next level because I want to make money to buy a slightly larger home so I can have more friends over and love on more people.

That’s my why. My why boils down to I want the best for my family.

Your why should push you past your hard times.

Writing this particular blog post does not bring any immediate success. But writing it adds to my website, which builds my brand, which will bring me an income, which will allow me to be more financially free. If I don’t do the work, I’ll never reach my goal.

Set your why in front of you daily so when you’re going through the motions of the nitty-gritty, boring, hard details you don’t give up. Just keep plowing through and the END result will be success.

Get rid of all excuses with a CAN DO list

My pastor often repeats this mantra: Excuses are reasons wrapped in a lie. Ouch. Excuses are all the reasons we justify quitting.

I don’t have time.

I don’t have enough money.

It doesn’t work in my life right now.

Jettison all the excuses and figure out a way to make it happen.Tweet This!

So here’s a little exercise for you: Write down all the obstacles in your way.  Beside that, write down all the excuses you could come up with the match them. Then in a third column, jot down what you’re going to do to overcome every obstacle and every excuse.

Look at your CAN DO list every time you feel like throwing in the towel and realize it may not be easy, but it’s certainly DOABLE. 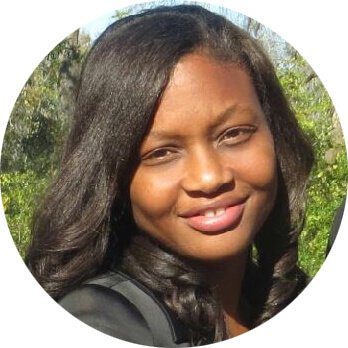 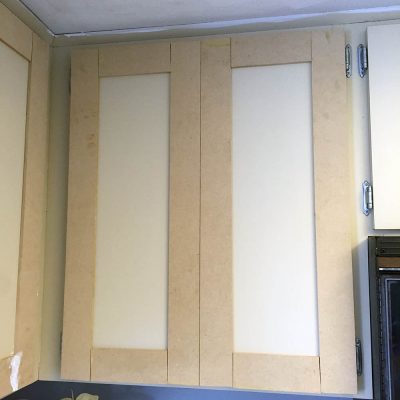